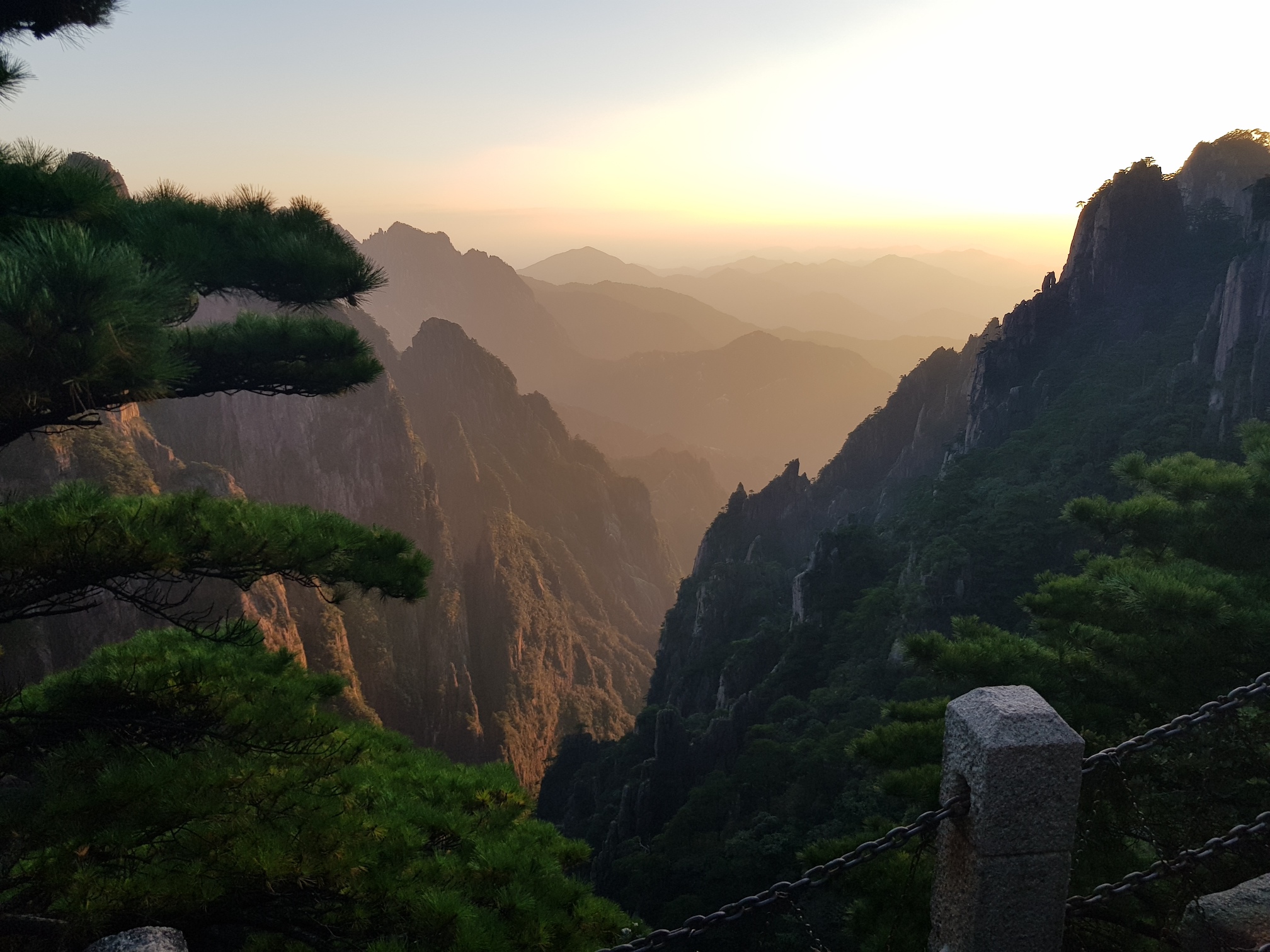 During the recent Golden Week break we learned again a few important lessons about life in China.

The Yellow Mountains (or HuangShan) offer an amazing scenery of forest, mountains and clouds and are situated not far from Shanghai. A perfect getaway for a short break for thousands of holiday celebrating Chinese and the occasional foreigner, like ourselves.

There are a few hiking paths that lead up the mountain area, and a bunch of cable carts which are an all-time favourite for most visitors. We decided to hike up along the Northern side. Well hike…. Anyone who has even seen Lord of the Rings might remember the daunting moment when Frodo and Sam are about to enter Mordor through the Stairs of Cirith Ungol, a pair of steep stairs cut into the Mountains of Shadow on the borders of Mordor. “Up, up, up the stairs we go” says Gollum cheerfully at the base. Well, our steps might not have been that steep, but they were certainly many! For about 8km’s long we climbed step after step, ascending about 1200 meters until we reached the top. A rough estimate of 6000 to 7000 steps. Up, up, up the stairs we go! 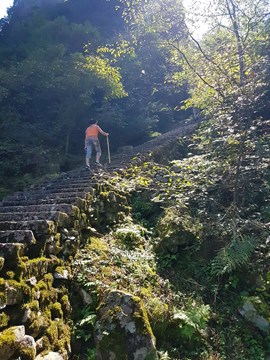 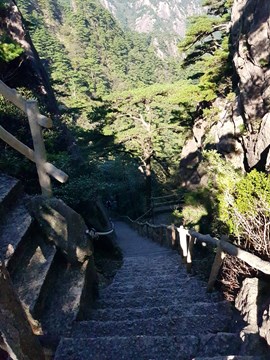 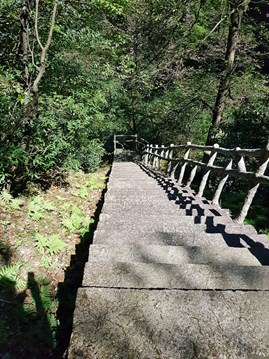 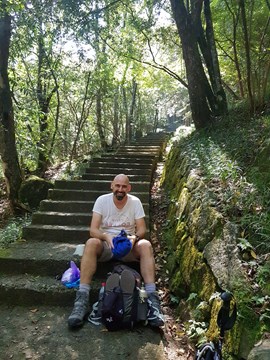 Once we reached the summit area, the word “crowded” got a different meaning. It was packed with tourists; big families, old and young strolling up and down the steps around the summit. Most of them brought a wooden cane which they used to walk up and down, point other members in the right direction and at times just swirled around like a baton. If we ever secretly hoped for some peace and quiet times in nature, that hope had now vanished. But it was a cheerful crowd up there, and perhaps this is what amazed us even most. Bumping into each other on small stairways, waiting in line to take a peek at a marvelous view, find 20 strangers in any picture you take…had this been a crowd of Dutchies there would have been a good amount of grumpy faces, frustrated mumbling and an occasional shout out “Kijk uit je doppe, mafkees” (which is the less friendly version of “watch your step”. But not the Chinese. They seemed perfectly at ease sharing every square meter with 5 strangers. And why not? The few days of holiday they get, they spend with family members in a beautiful area. Why ruin that with long faces and angry moods.

And so we adapted the same mindset, with a little twist. Navigating through the crowds we found out quickly that Chinese crowds act as crowds everywhere: they go to the hotspots where all others are going. To see the best view, to catch the best sunrise / sunset. And so we systematically choose to go the opposite way. And perhaps this way we missed the best view and the most popular sunset spot, but we got some amazing views and quiet moments in return. Just the way we like it. And at one unexpected moment we were even captured by the local news, addressing us as happy tourists admiring HuangShan in the next day bulletin. Just the way they like it. Everyone happy. 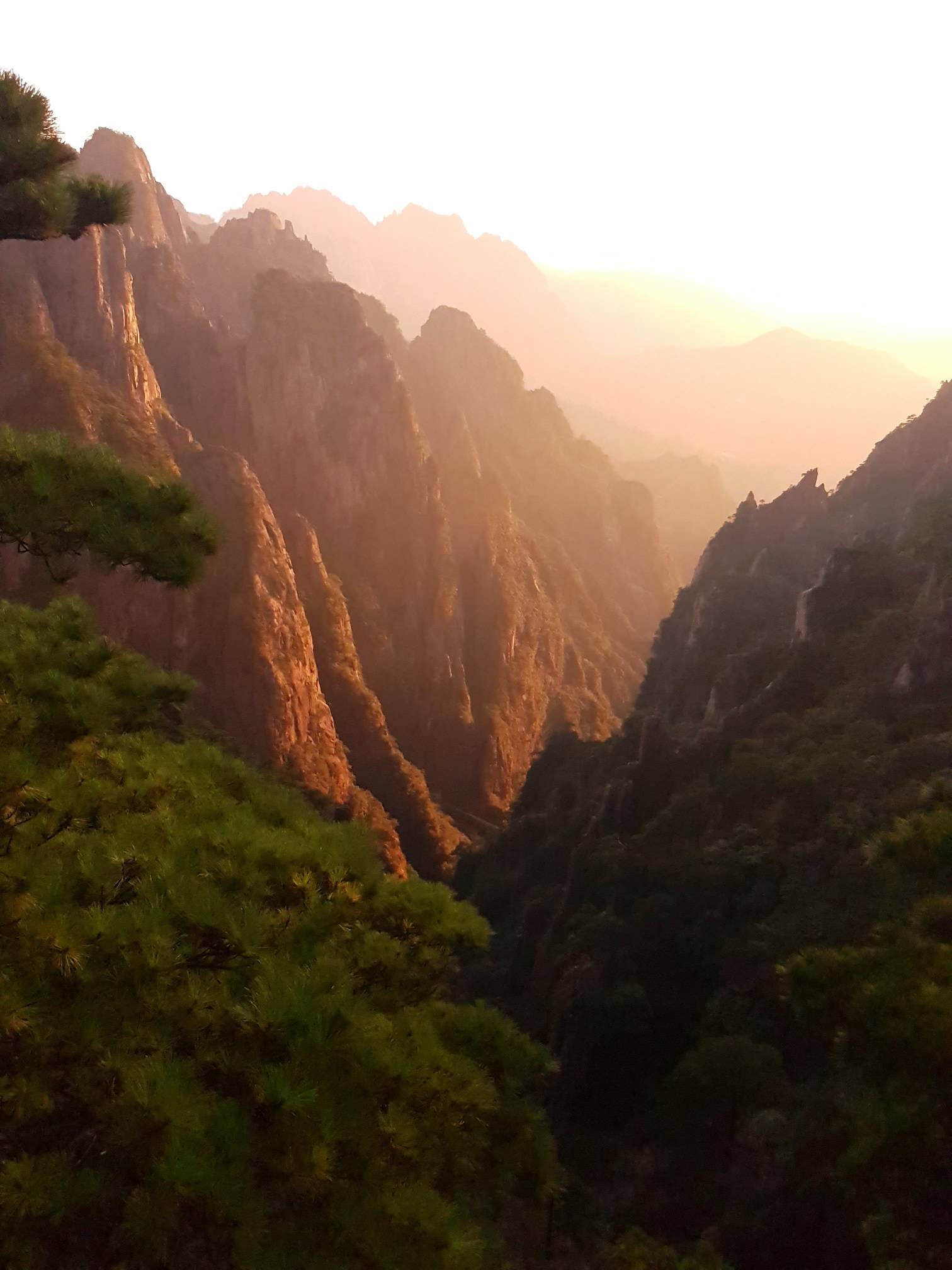 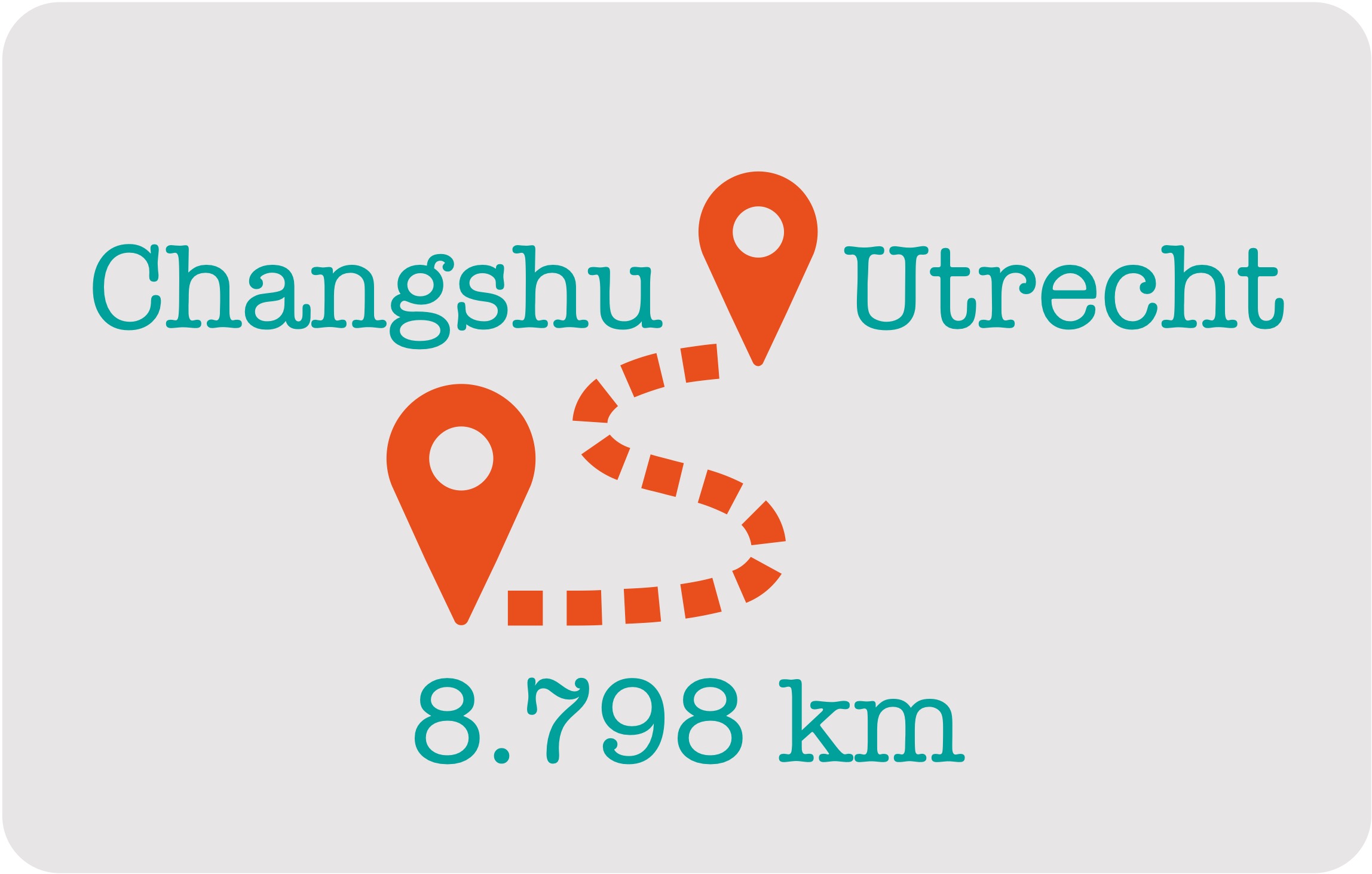 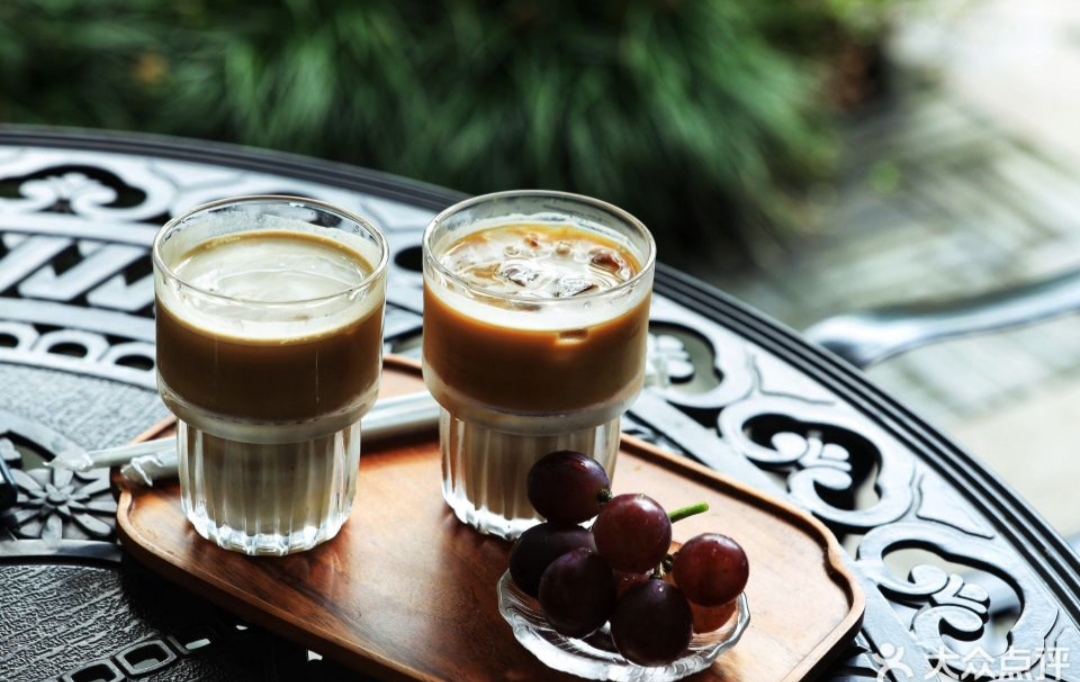 The things we do for coffee 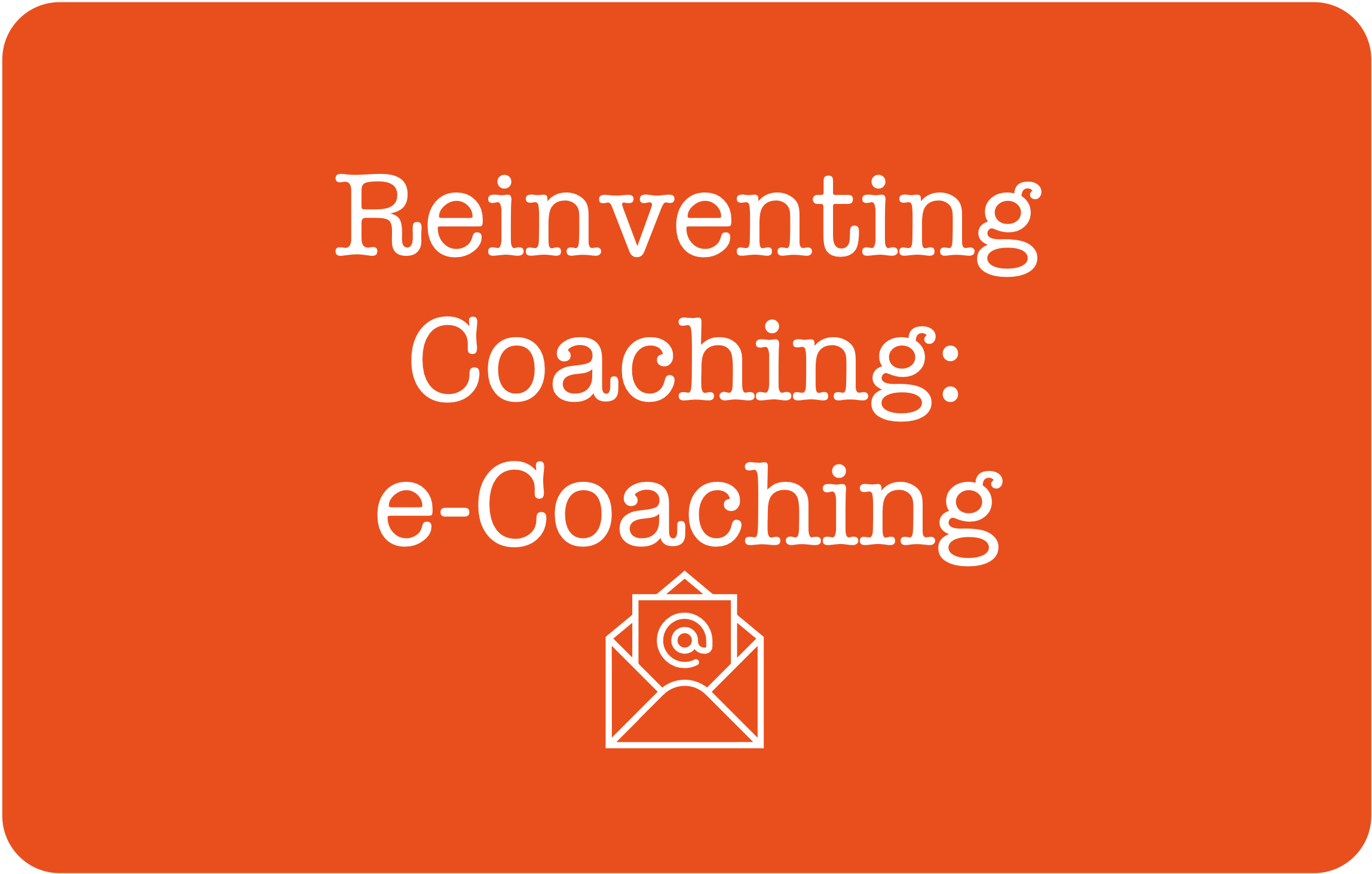 e-Coaching as a Game Changer