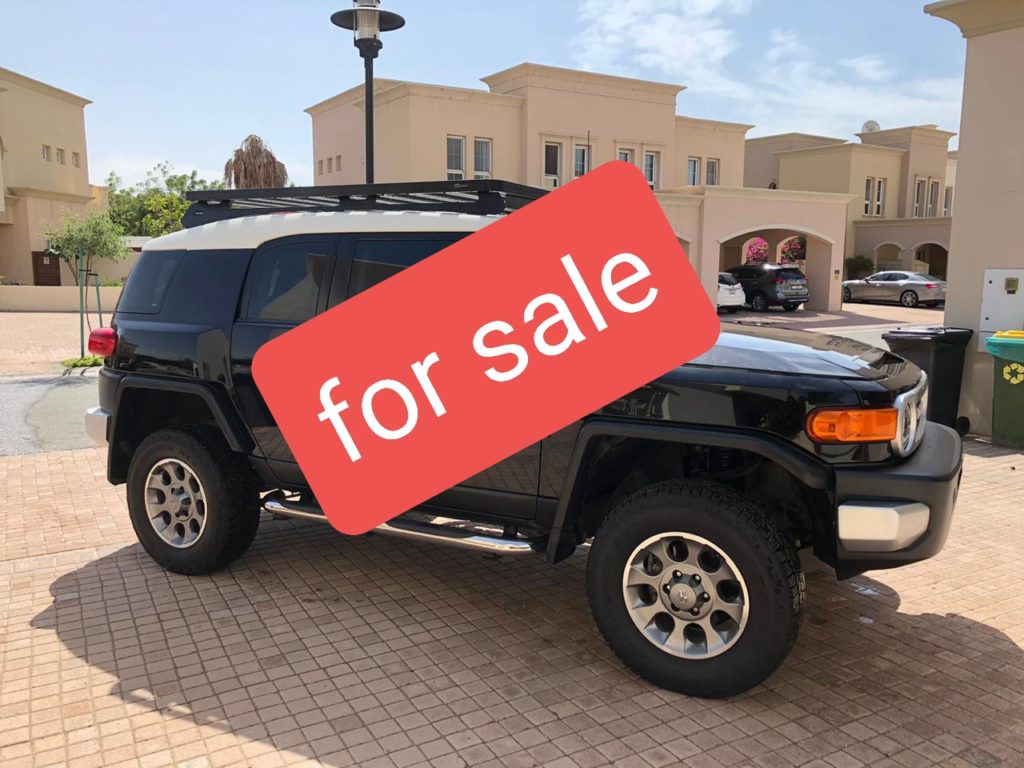 How else can we name an update that is controlled by the one thing that keeps the whole world in a firm grip right now?? Corona. Once a lovely light beer, now the invisible enemy that got the world to a standstill. Ourselves included.

Where to begin with the recap of the last hectic, chaotic, stressful and by times sad weeks? Perhaps I will start by saying: we are healthy, we are ok, and we are utterly stuck in Dubai!
Until a few weeks ago we were still in our labyrinth, trying to find our way home. We realized at some point that we could not drive out of Dubai through Iran, as planned. And with the rejection of our visa for Turkmenistan that route became fully blocked. But there are more ways that lead to Rome, as they say. We saw opportunities to ship the car to Turkey and take it eastwards from there. When Turkey got blocked we even considered shipping it to Greece and then drive through Europe. But soon we had to admit our defeat to Corona: with all the borders closing there is no way we can find our way home by car. And as we learned by now now: nor can we leave by plane, cargo ship or even by foot. And believe me, we considered them all!

Deciding to cancel the road trip was a hard one. We have spent so much time and enthusiasm in getting the car ready, pre-reading, getting visa, getting vaccinations… we were so ready to go! And so was FJ. But there was no other way:
FJ would go for sale.
But before putting it up for sale we decided that we would take him out for one last camping trip, just the 3 of us. After all the pre-work and investments done, one could probably say that this was the most expensive camping trip ever… But it was good to be away from the crowds and the Corona madness. 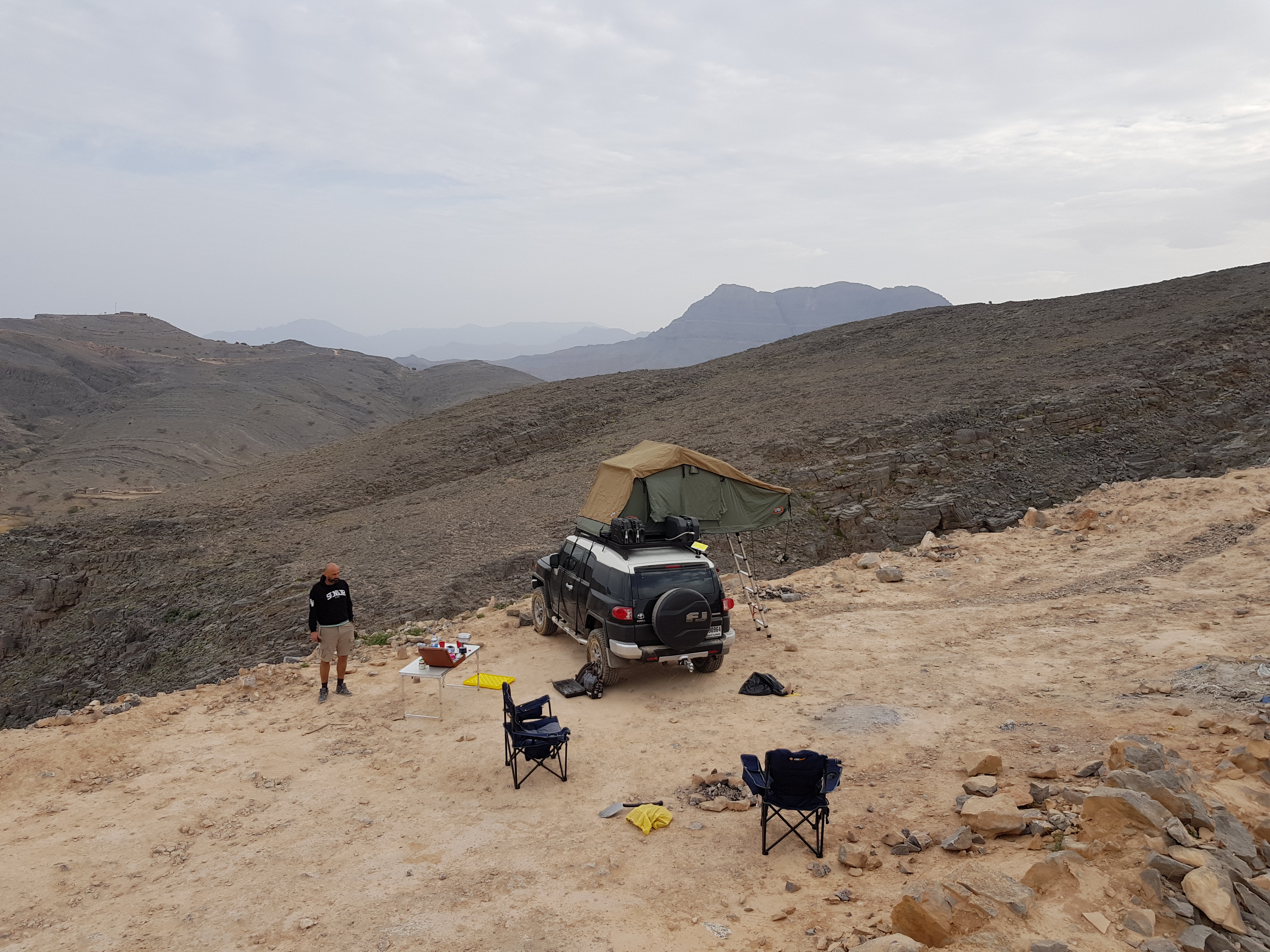 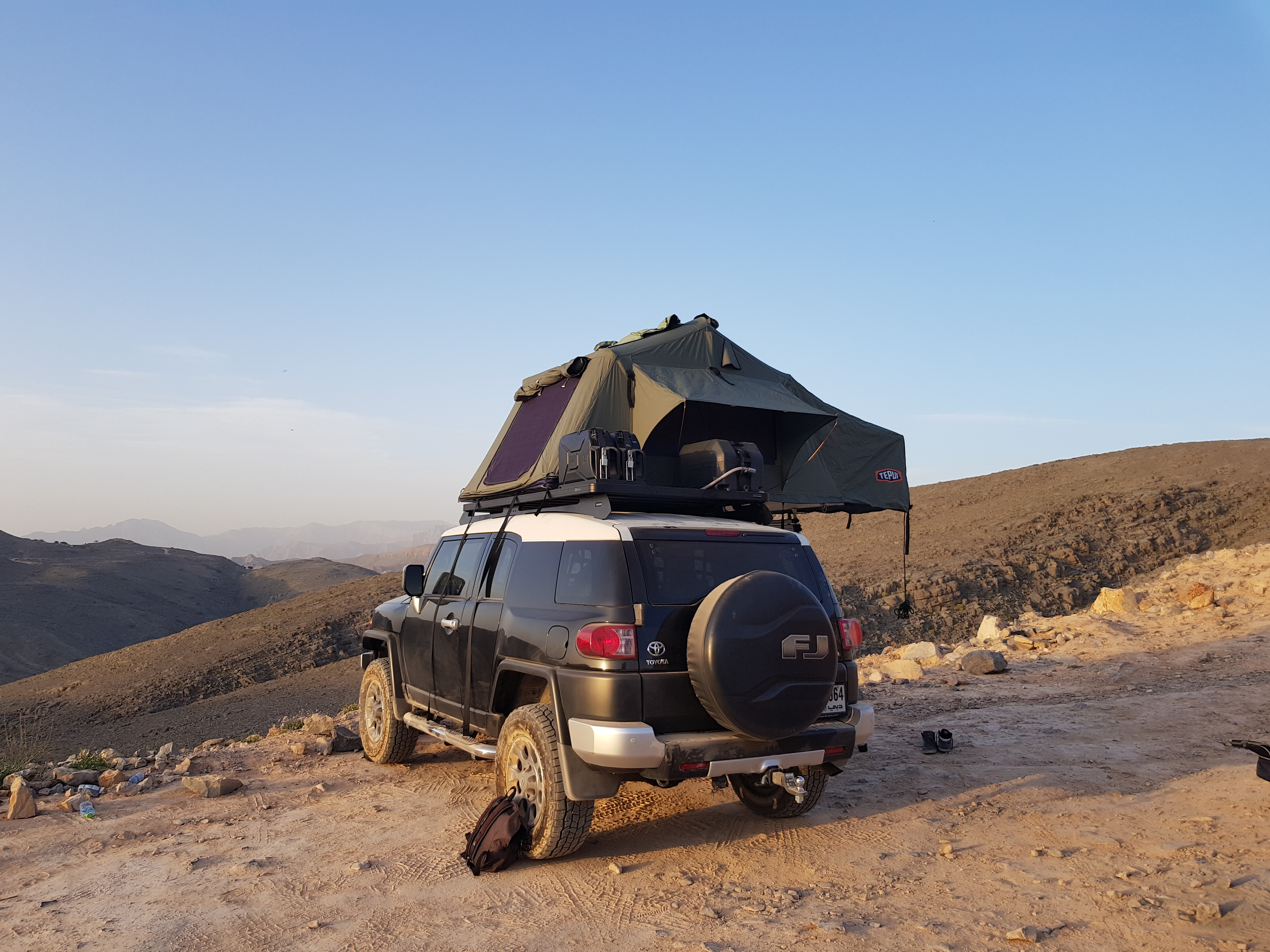 After that we found ourselves in a true rollercoaster. Hendrik Willem still had to work (from home) while Mirjam prepared for the movers to come for our shipment. At the same time newsflashes and rumors started to come in that the UAE would suspend all the outgoing flights, and there would maybe be a lockdown… So a little stressed out by all this we decided to let the movers come earlier than planned, so at least we could get ourselves and the household out in time. Which triggered another chain of events in the house itself: getting everything sorted out for China / Netherlands / sell&trash in a super fast pace while Hendrik Willem was trying to get some online teaching done. We worked hard for a few days, and with success as all the household was moved out just this week.
But…. not fast enough. While our household is getting ready to be shipped, we are stuck in Dubai due to suspension of all flights. And who knows for how long?

So here we are now. In an almost empty house which we will vacate per April 1. Both without a job and without a house and, once our visa’s are cancelled and the grace period is over, without a residency. Under normal circumstances this would be the perfect situation to pack our bags and go for a trip. A road-trip into the wild is Social Distancing in it’s essence….
Instead we will need to find an alternative (temporary) place to live, and ride it out like everyone else. With Netflix, Scrabble and each other. Until better times arrive!

Our house for the time being with basic essentials: a bed, a fridge, a stove, a couch and a tv…living in times of Corona.

“We got each other and that’s a lot for love. Let’s give it a shot!”

Livin’ on a Prayer – Bon Jovi

Stay safe all, see ya! 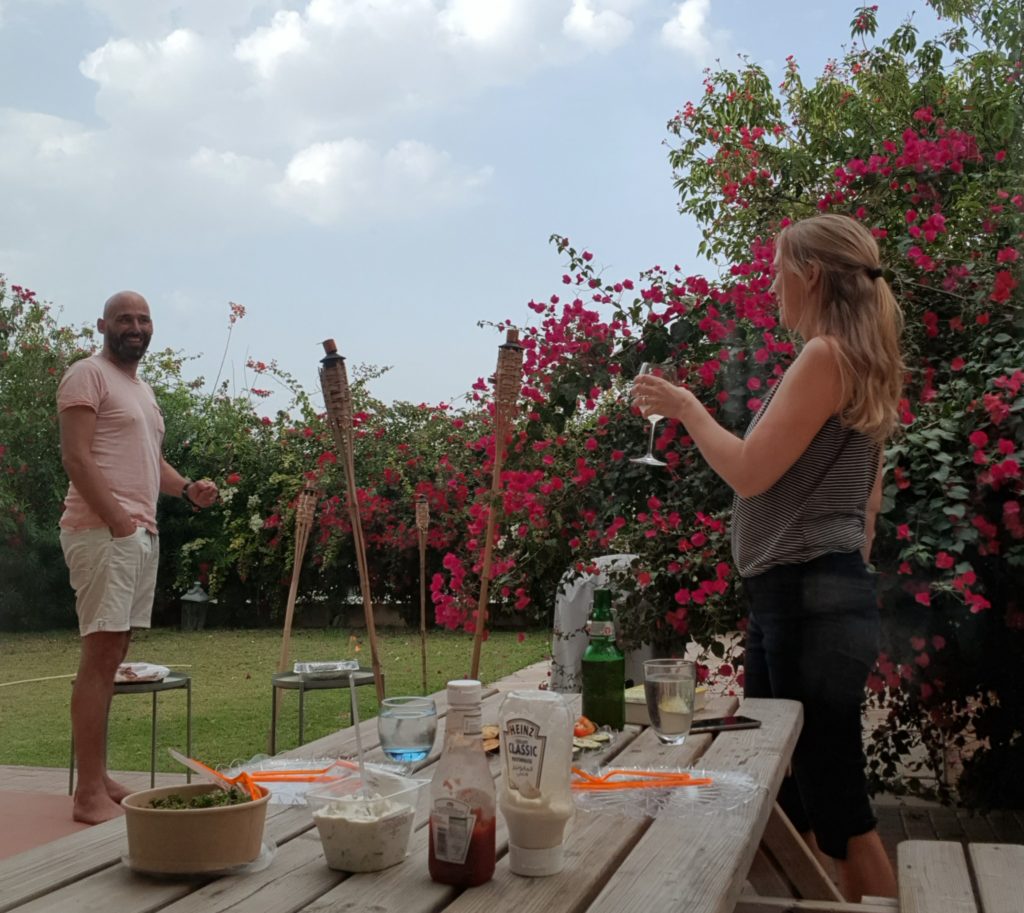 BBQ in times of Corona… 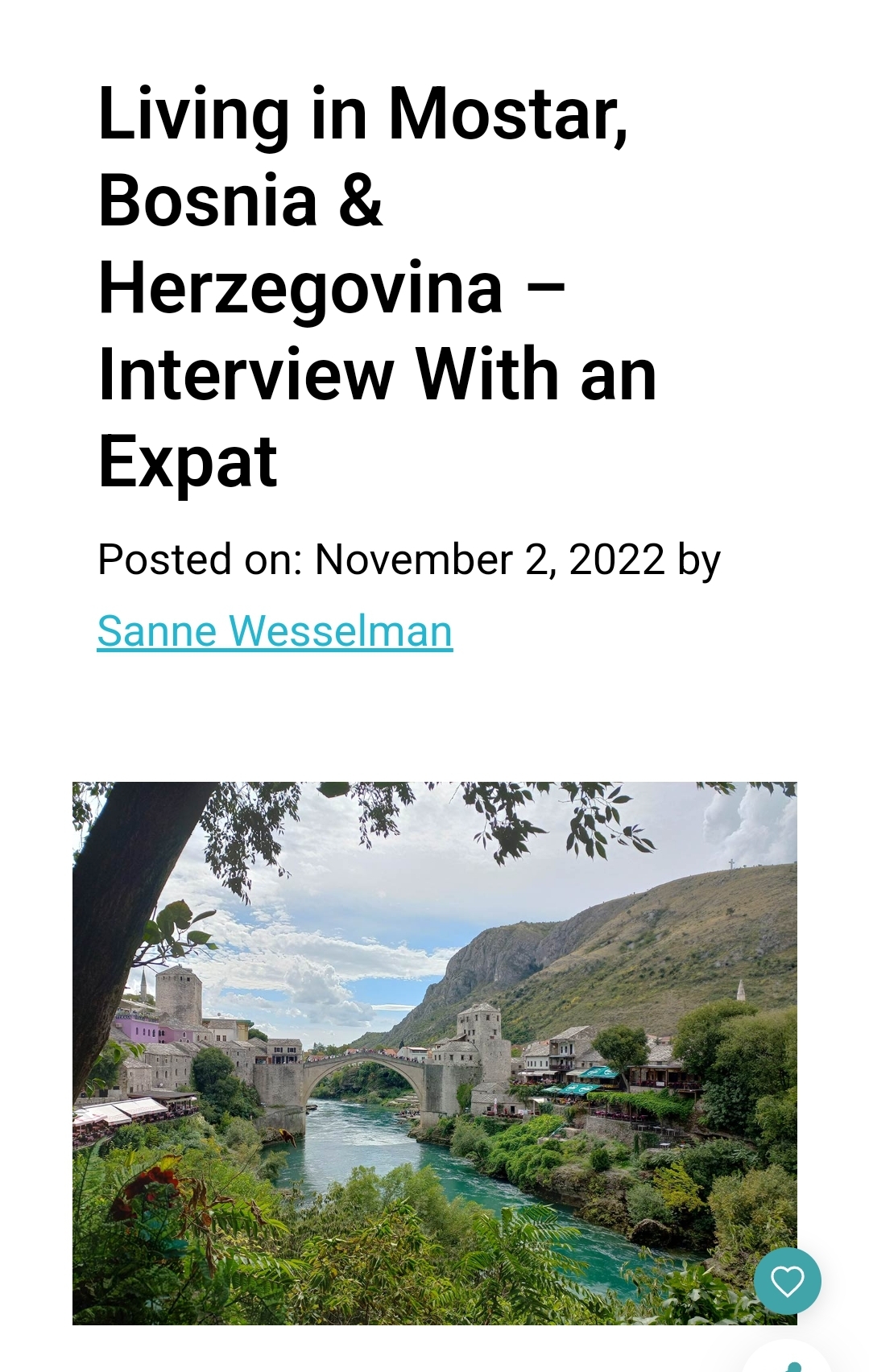 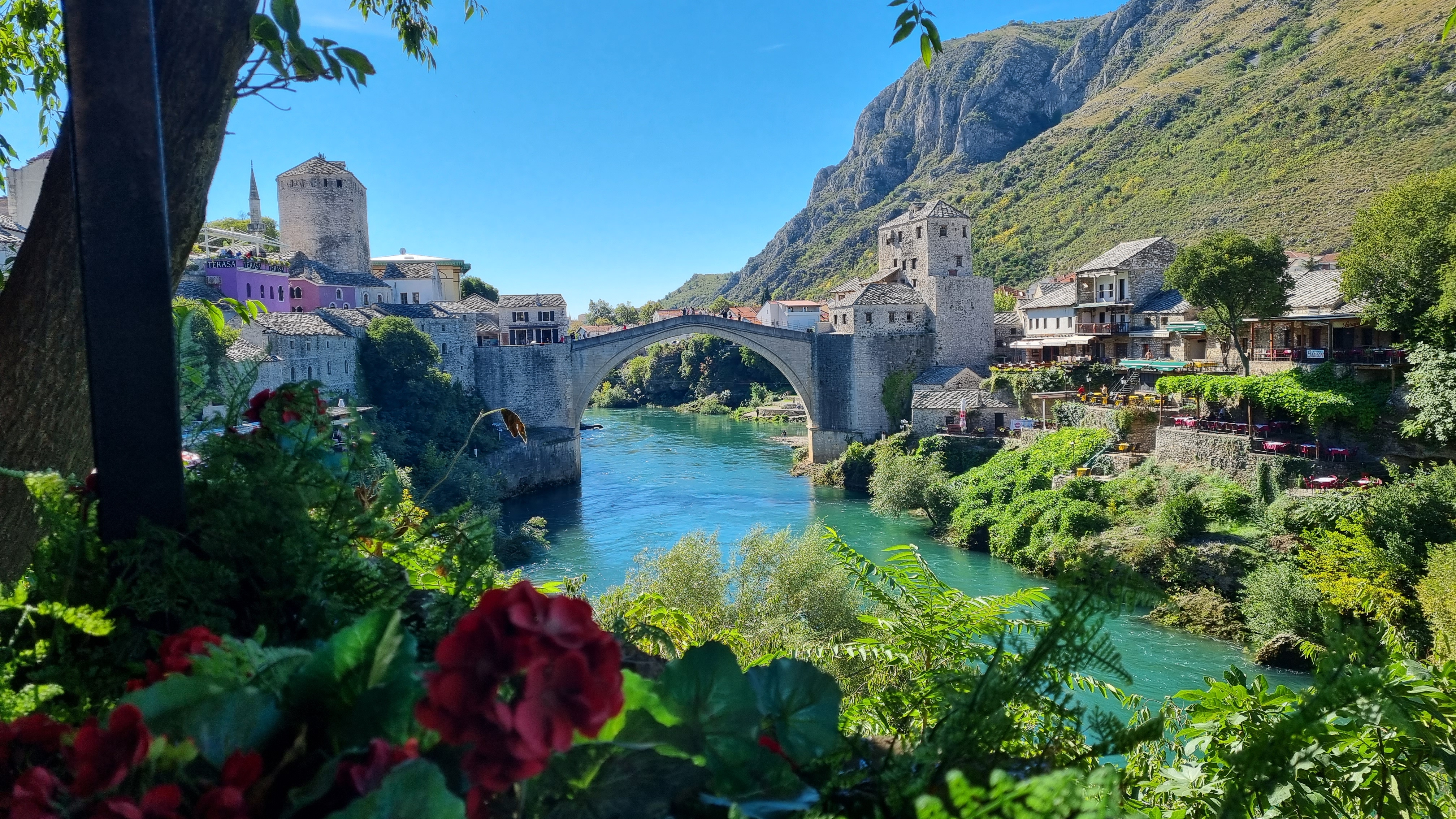 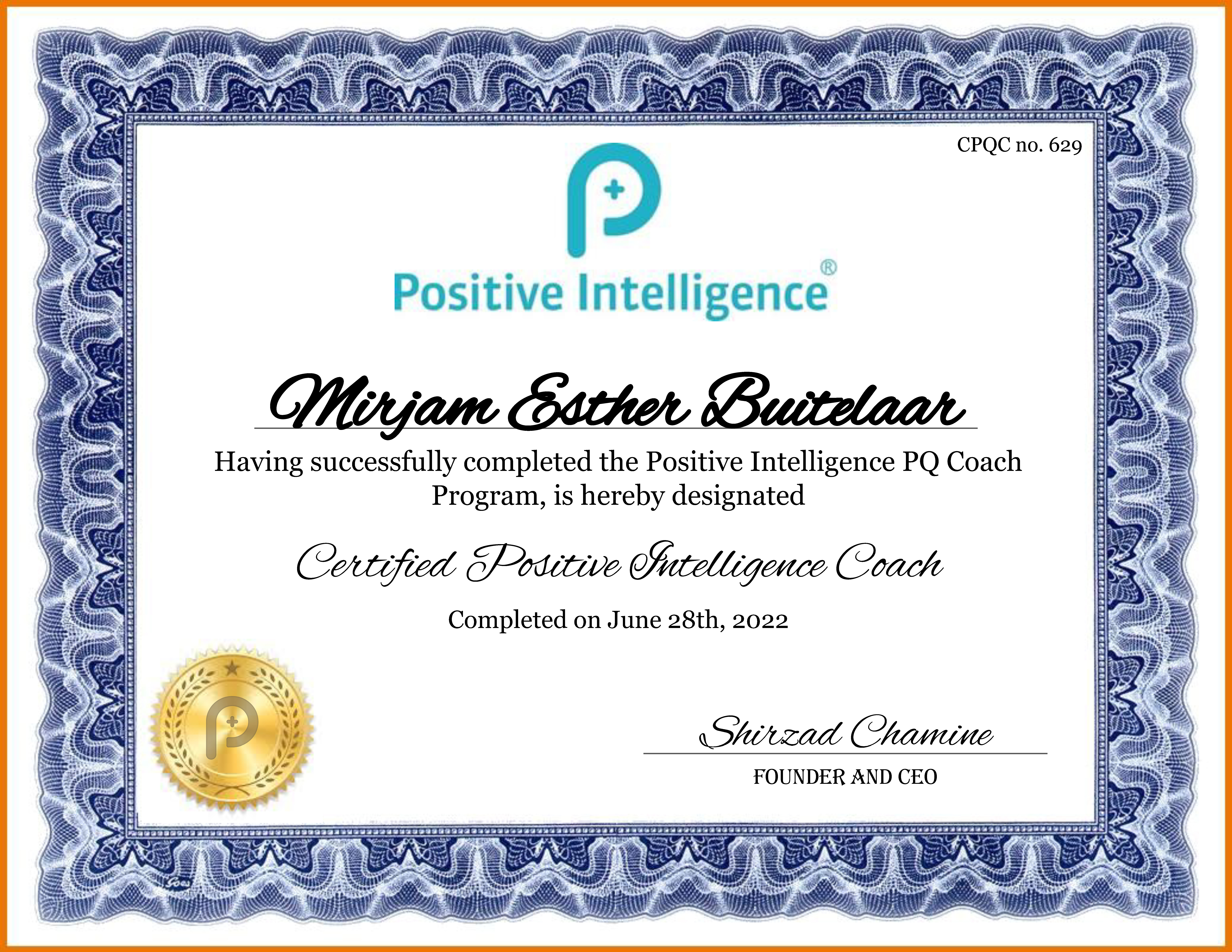